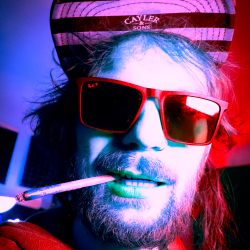 The Haas Effect Tutorial By Parandroid

What is the HAAS effect?

One of the methods to add depth to your mix is to focus on your stereo imaging. A well-mixed track can create a sense of space from the size of a small room to a grand hall.

While panning is an obvious way to modify the stereo image of a track, the Hass Effect is another technique that’s popularly used by producers to create the same effect on a mix.

The Haas Effect, also often called the precedence effect, is a psychoacoustic sensation that causes a listener to perceive a space and direction of a sound when there is a slight delay between stereo channels. The listener hears that the sound takes place in the direction of the first, or preceding, channel–even if the delay between the two channels is only a few milliseconds.

History of the Haas Effect

The “law of the first wavefront” was described and named in 1948 by Lothar Cremer.

The “precedence effect” was described and named in 1949 by Wallach et al.They showed that when two identical sounds are presented in close succession they will be heard as a single fused sound. In their experiments, fusion occurred when the lag between the two sounds was in the range of 1 to 5 ms for clicks, and up to 40 ms for more complex sounds such as speech or piano music. When the lag was longer, the second sound was heard as an echo.

Additionally, Wallach et al. demonstrated that when successive sounds coming from sources at different locations were heard as fused, the apparent location of the perceived sound was dominated by the location of the sound that reached the ears first (i.e. the first-arriving wavefront). The second-arriving sound had only a very small (albeit measurable) effect on the perceived location of the fused sound. They designated this phenomenon as the precedence effect and noted that it explains why sound localization is possible in the typical situation where sounds reverberate from walls, furniture, and the like, thus providing multiple, successive stimuli. They also noted that the precedence effect is an important factor in the perception of stereophonic sound.

Wallach et al. did not systematically vary the intensities of the two sounds, although they cited research by Langmuir et al. which suggested that if the second-arriving sound is at least 15 dB louder than the first, the precedence effect breaks down.

The “Haas effect” derives from a 1951 paper by Helmut Haas. In 1951 Haas examined how the perception of speech is affected in the presence of a single, coherent sound reflection. To create anechoic conditions, the experiment was carried out on the rooftop of a freestanding building. Another test was carried out in a room with a reverberation time of 1.6 ms. The test signal (recorded speech) was emitted from two similar loudspeakers at locations 45° to the left and to the right in 3 m distance to the listener.

Haas found that humans localize sound sources in the direction of the first arriving sound despite the presence of a single reflection from a different direction. A single auditory event is perceived. A reflection arriving later than 1 ms after the direct sound increases the perceived level and spaciousness (more precisely the perceived width of the sound source). A single reflection arriving within 5 to 30 ms can be up to 10 dB louder than the direct sound without being perceived as a secondary auditory event (echo). This time span varies with the reflection level. If the direct sound is coming from the same direction the listener is facing, the reflection’s direction has no significant effect on the results. A reflection with attenuated higher frequencies expands the time span that echo suppression is active. Increased room reverberation time also expands the time span of echo suppression.

parandroid
Parandroid traveled to countless countries with his project and performed at some of the most prolific festivals on all five continents of the globe. He is Mastering Audio for more than a decade. He is also the owner of the E-Learning platform Instinct-Learning.com and the owner of the open Online Magazine PSYSOCIETY.